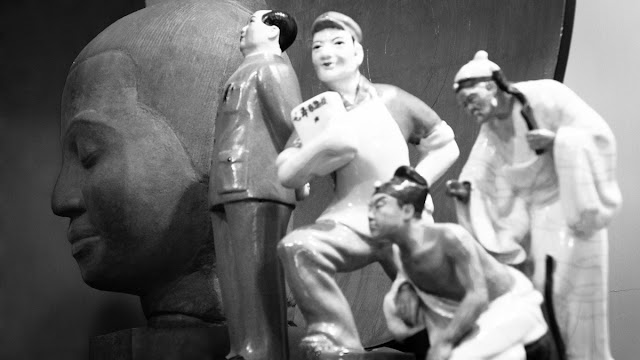 Predicting Brexit and Trump’s presidency had once brought my contrarian sanity into question. Fortunately, the ‘surprising’ outcomes showed that insanity is indeed a dominant force, and my unhealthy appreciation of lunacy has been useful in comprehending 21st century reality. However, some crazy visions are still based on rationality, at least for the time being. One of them is China’s reunification with Taiwan, which I think will happen much sooner than most people believe. The likelihood of concluding the currently suspended Chinese Civil War in the near future, say the coming year or two, is very high — higher than ever. Many of my learned friends roll their eyes at this prediction.

Even those who understand and agree with Taiwan’s inevitable fate advocate perpetual patience. Why not wait another thirty years, when China will be in a much stronger position to do so, they say. Most Chinese support reunification through negotiation, pretending not to see that the peaceful option has become all but impossible. Why wait thirty years? Because most of them will be dead by then, leaving behind their bourgeois vacuum, plus the Taiwan problem, to the next generation.

There are other more pragmatic arguments for procrastination. Some say Taiwan’s obviously a bait to lure China into an internecine war, thereby submerging its peaceful re-emergence. It’s a valid point. However, avoiding an obvious trap at unacceptably high cost is like falling into the same trap from a different angle. Sometimes, a malicious challenge can be turned into an opportunity. Even a fish knows it’s often possible to bite! and swim off with the bait.

When it comes to Taiwan, China’s bottomline is rigid. The only variables are timing and approach. China would have been willing to exercise Chinese patience had there been a slim but credible chance of peaceful settlement. Regrettably, that possibility has vanished with the KMT — the communists’ traditional rival in Part One of the Civil War. The reigning DPP (Democratic Progressive Party), albeit increasingly despotic and absolutely regressive, is relatively electable to hapless voters facing an overflowing basket of rotten eggs, as is commonly the case in electoral democracies. The DPP has effectively spread their secessionist agenda to the young and vulnerable through schools. The perception gap between mainland China and insular Taiwan has widened and worsened precipitously as a result. Time’s running out.

Furthermore, finishing the ‘civil war’ decades from now would be more controversial internationally, not less. Time only serves to obscure China’s legitimate claim over the island, turning it into a ‘historical’ issue even in the eyes of truly neutral third parties. Inertia always favours the status quo, even though it doesn’t exist. Nothing stays static. Those inside the system will change it microscopically, one molecule a day, until reaching a point of no return. Some dreamy folks have suggested ‘starving’ the secessionists to their senses through economic means, ignoring the fact that no society has ever been subjugated through boycott or sanction. What about doing the opposite, reaching for the people’s heart, stuffing their pockets with economic favours? That’s been tried for decades now, producing the opposite effect.

Ironically, mainland China and Taiwan are locked in a strangely open system. About two million Taiwanese (ten percent of the population) have voted with their feet to live under the ‘authoritarian’ communists, leaving their island compatriots behind to wallow boisterously in freedom and democracy. The effect of this population decanting is a net increase in pro-independence concentration in the leftovers. Nevertheless, among the Taiwanese who have migrated to the mainland are elites who may play useful transitionary roles after reunification. But their kids will have lost touch with Taiwan at ground level. This is another factor against leaving the issue for too long.

Without underestimating the risk of any military solution, Taiwan seems ripe for the big change. Indefinite deferment is not feasible, especially when the bottomline is being constantly gnawed at. The gritty communists have resuscitated China from near death just decades ago, taking much greater revolutionary risks. Taiwan should be manageable by comparison. More importantly, history has taught us that yielding to imperial bullies and treacherous forces inevitably backfires with bigger threats and insidious headaches.

It’s pointless to speculate what the trigger point may be at this stage though. Beijing should better focus on a well-thought-out strategy, covering foreseeable contingencies, planning reabsorption and integration. Donald Trump and Tsai Ing-wen will take care of the capricious details with an element of ‘surprise’, as usual.