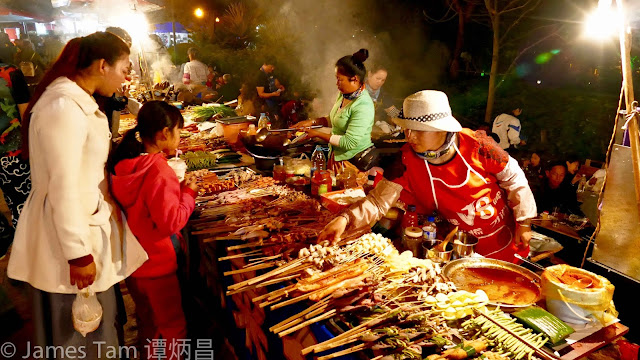 Whoever has heard of a border city in Xishuangbanna called Jing Hong? Just short of half a million inhabitants, it’s neither here nor there by Chinese standard. We arrived in the early evening. After dinner, we took a brief walking tour downtown to absorb its ambiance. As in nearly every Chinese town and city, a big group was doing dance exercise in the public square. Nearby, the riverside disco was warming up their oversized loudspeakers to a different tune. Next to it was a vibrant night market selling all things edible or wearable under heaven.

After loitering at the market for half and hour, we headed for our resort hotel. The driver’s navigator predicted the drive to take only five to ten minutes. Ten minutes from here? I couldn’t help being skeptical. I prepared for mental shutdown, getting ready for an early night with my earplugs firmly inserted. I suspected the “resort” to be one of those furnished with an all-night disco and twenty-four-hour massage service.

A few minute later, we arrived at an unimpressive neighbourhood. “Here?” I asked. Nobody answered. I guess everyone had the same question in mind. A garden gate next to a local corner store had its name in Chinese and English — Yourantai. When the owner and his manager welcomed us inside, there was a synchronised wow! Unfortunately, I’m going to ruin this element of surprise for you with this post, if you ever visit Yourantai. 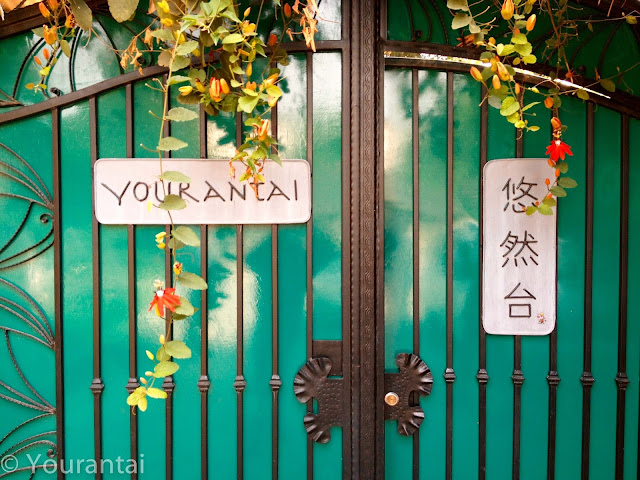