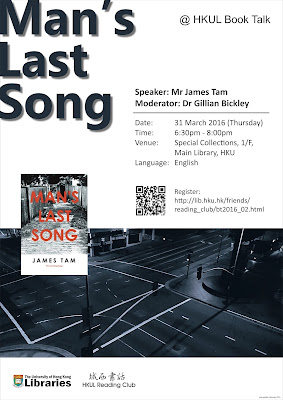 The HKU Library Book Talk turned out to be a great event. Every seat was taken, and the audience stayed after the talk to ask many excellent questions. All copies sold out, with orders to be delivered later. Are books back in fashion? 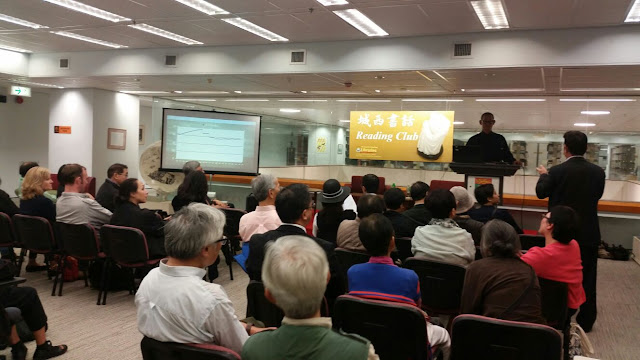 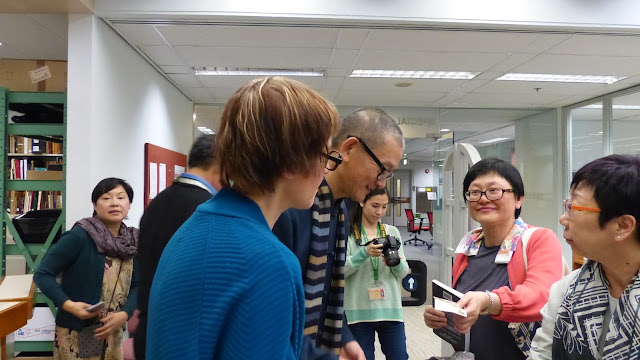 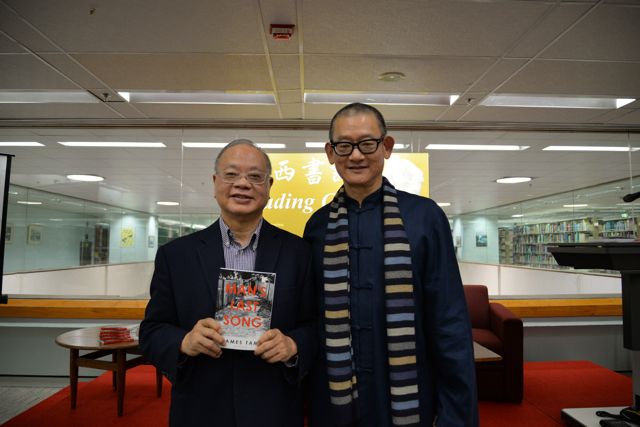 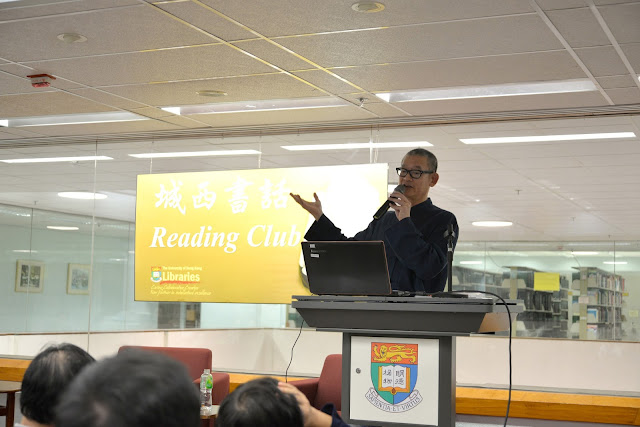 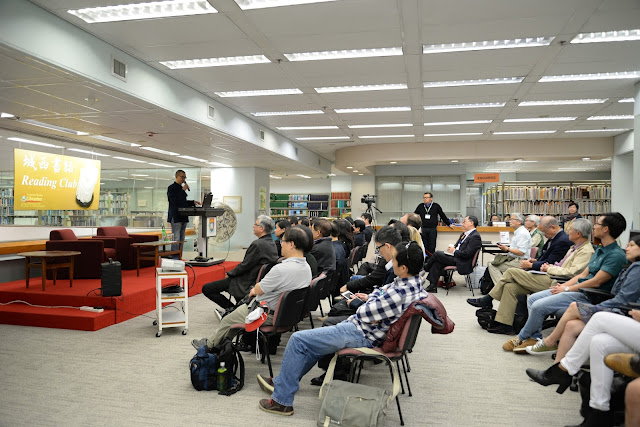 
This is my write up of the talk:
Tuning into Man's Last Song
My conjecture on what’s wrong with the world today...
http://guo-du.blogspot.hk/2016/04/tuning-into-mans-last-song.html

Link to the Man's Last Song episode with all the blurb, timings, etc: http://hongkongpodcast.libsyn.com/episode-1-mans-last-song

Link to HKWC podcast of other Hong Kong Writers on I Tunes: https://itunes.apple.com/us/podcast/hong-kong-writers-circle-podcast/id1088666803

Though I remain committed to indolence, the beginning of 2016 looks ominously busy. Just in the coming few weeks, there will be three events related to Man’s Last Song, in chronological disorder:
1. Feb 20, Saturday, Proverse Readers' Club Event at Dymocks, Discovery Bay. I know to many HK people, DB seems foreign. But it’s actually only a few kilometres away. Yes you do need to take a ferry because there’s water in between, but passports are not necessary. A 20-minute ferry ride from Central on a Saturday afternoon is actually a very nice way to kill time. Details can be found in the flyer below. 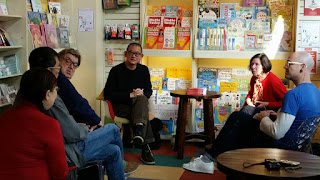 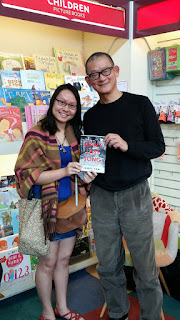 2. On Feb 19 (i.e. the day before the 20th) I’ll discuss with Phil Whelan on Morning Brew (RTHK 3) whether human extinction is dystopian or utopian. Tune in, or wait patiently for my link.

Here's the link to the RTHK Archive. I ended up talking a lot about "garbage" than the story. But who's to say they are unrelated?
RTHK Morning Brew Link:
http://programme.rthk.hk/channel/radio/programme.php?name=radio3/morning_brew&d=2016-02-19&p=2505&e=346554&m=episode#
3. On March 31, I’ll give another talk at the HKU Library. This time it’ll be 45 minutes long, including Q&A. I’ll even prepare Powerpoint Slides to make it look very serious. I’ll bring only a dozen books or so for sale. If you need many many many copies for Easter presents to friends and relatives, please order in advance. Can you think of a more felicitous Easter gift than a novel about the end of mankind? I’ll post another reminder in March.
See you in one or more of the above events! 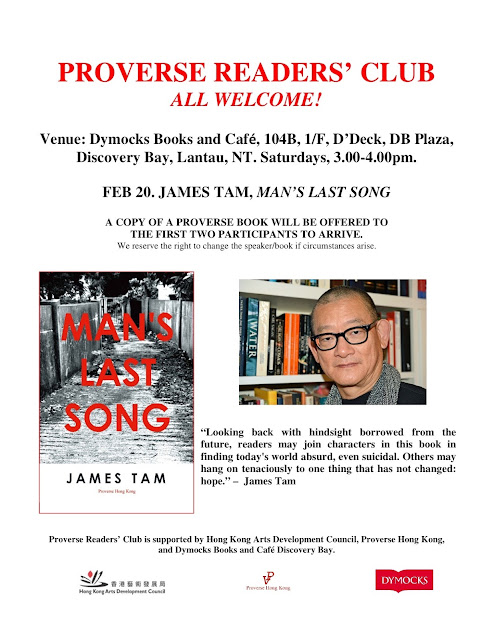 4 June 2015
Just discovered that Samsung phone users can download the Kindle App for free, and it comes with a free e-book of their choice.
And on Samsung's Recommended Book list is Man's Last Song!
Quite a pleasant surprise that a mobile phone company has such excellent literary taste :-)
If you need a new phone, my recommendation is BUY Samsung! 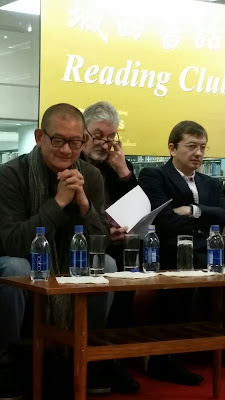 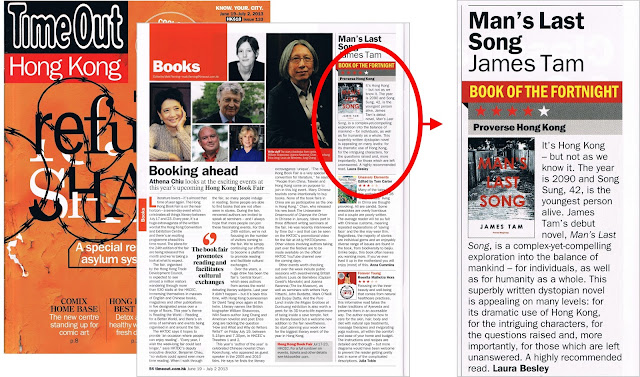 "It's Hong Kong -- but not as we know it. The year is 2090 and Song Sung, 42, is the youngest person alive. James Tam's debut novel, Man's Last Song, is a complex-yet-compelling exploration into the balance of mankind -- for individuals, as well as for humanity as a whole. This superbly written dystopian novel is appealing on many levels: for its dramatic use of Hong Kong, for the intriguing characters, for the questions raised and, more importantly, for those which are left unanswered. A highly recommended read."

"Cli-Fi Books explores climate change themes found in novels, prose, short stories, and other fiction. Cli-fi is a genre of literature, film, and other media that involves climate change fiction, which may be merely speculative, literary, or full-out futuristic science fiction."

Indeed! Cli-Fi can be visionary as well as thrilling, imagining and exploring a future with direct relevance to the present. I was dismayed when some called Man's Last Song Sci-Fi. I love a good Sci-Fi but it's a wrong pigeonhole for the story. If genre is a must, then Cli-Fi would be more appropriate. I'm happy that Cli-Fi Books also thinks so! 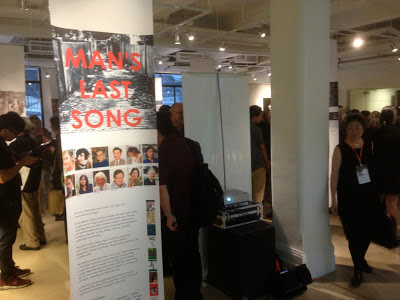 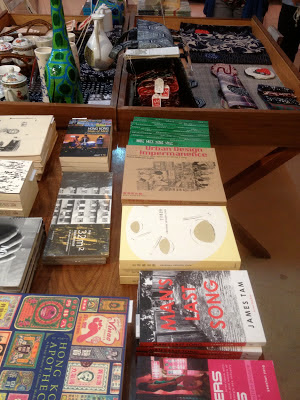 I didn't know it's possible to have so much fun over the birth of a little book! I think Soho had never witnessed so many bookworms overflowing into the streets before. A very BIG thank you to all who made it a memorable evening, and late night. 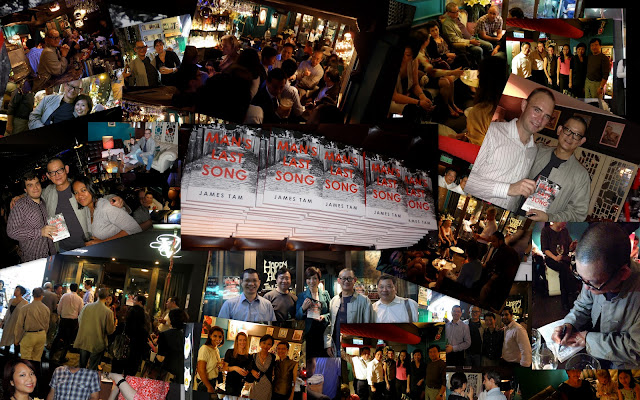 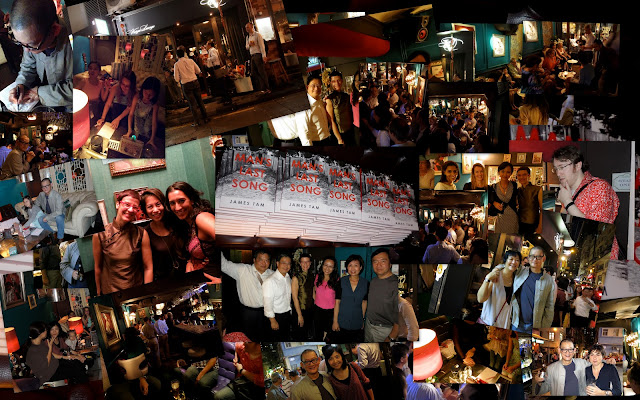 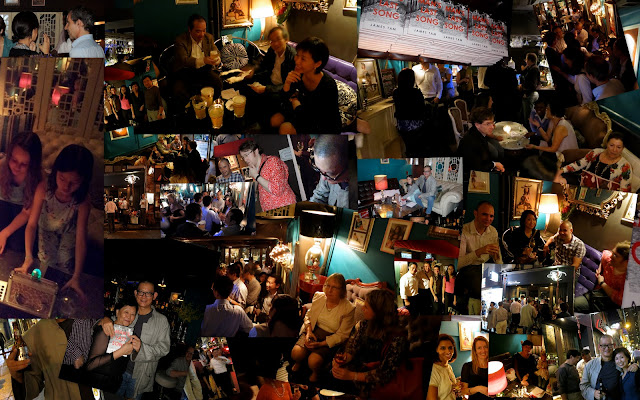 AFTER decades of sterility, humanity is approaching extinction. In the year 2090, only a few thousand people are left in Hong Kong, in tiny isolated clusters. Song Sung, the youngest man alive, is already 42.

Drastic? As a protagonist puts it: “Our existence is an extremely unlikely event, but it happened. Once we exist, eventual extinction is inevitable. If not because of this, it’d be because of that. In this case . . .”

However,  a barren human world remains ironically over-populated for many years after the last baby has been born. In this End-time scenario, people go to work in the morning rather than watch dragon-fights from the balcony. Retirement is postponed indefinitely. They depend on a social order to make a living; and society depends on them being stuck in the rut to function.

Eventually, the ageing remnants of the human race return to a Stone Age lifestyle. They farm and gather, occasionally challenging the commercial expiry dates on an old can of food for a treat. Losing one’s dental filling or spectacles can be a comical disaster. Rotten neighbours, more slippery than stiff, require proper disposal before the dogs get to them first. Chickens must also be protected from the dogs, which are vying for a good position in a brave new food chain, one that their ex-best friends, the humans, no longer enjoy eating at the top by default.

But unlike their Stone Age ancestors, post-modern savages have knowledge and secure shelters to make life easier. There are even plenty of leftover fine spirits. What do humans do when they have time, and drinks are free? They bullshit. They re-examine life, and love in its true and ruthless form between woman and man, friends, father and son. They wonder about God, Dao, and why people in their past worked so hard to accelerate their own extinction. Through the fictional hindsight of two diametrically different characters, our present world looks ridiculous. Homo sapiens, the thinking monkeys, had thoughtlessly become a self-endangered species.

When all seems hopeless, the feminine instinct emerges to take charge of the future of the human race. 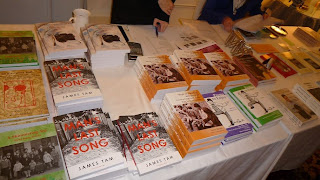 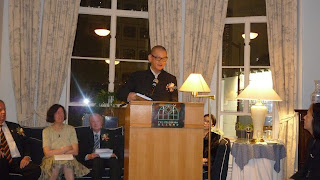 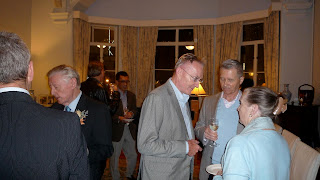 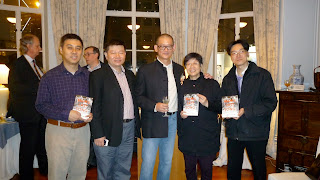 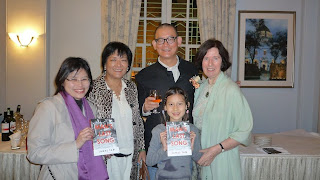 Very good layout of all the photos. Should have one blown up to put on the wall!

Thanks Roast Duck. My walls are full :)

I actually got to know about this from a friend who was attending an event with me in one of the event space NYC has. He told me about the new book he’d read and I decided to check what it was all about. This one is a real page turner. I really loved the way he has crafted the story!