The Mystery of Stupidity 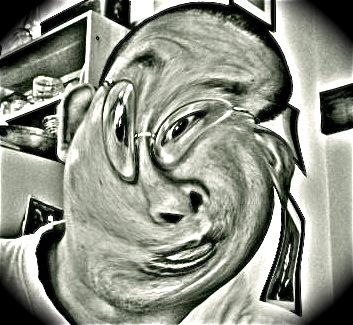 Idiot genes don’t serve any obvious evolutionary purpose, yet are present in prodigious abundance. How did that happen? Perhaps people supported imbeciles because they’re cute? After all, plenty of garbage DNA, such as those that make pooches, are bred for their adorably lack of intelligence.

But people rarely adore idiots like they do poodles. In fact, even dummies despise idiots. Unlike folks sharing other handicaps, there is little evidence of solidarity among the stupid. One possible reason is that fools don’t know themselves to be stupid, therefore unable to recognise their own kind.

Idiots don't survive on sympathy either. Even unconditional liberals tend to be unkind to idiots. People refuse to understand that nobody is dumb by choice, so it’s not really the dummies’ fault.

After much thinking, I've come up with two dumb explanations.

On the surface, “Survival of the Dumbest” defies Darwin’s theories. My simpleminded interpretation of Natural Selection is that those fittest to survive in a given environment live longer, reproduce more, so their genes thrive. Unfit ones die off, taking their virginal genes with them into oblivion. In the beginning, the ruthless selection forces mainly came from nature. But human societies have long tried to compete with “nature”. For the sake of this analysis, let’s pretend that “social selection” were an independent selection mechanism, which it could be, for a while.

In social selection, dummies and smarties each started out with a useful role. Until recent time, a fool was valuable if he had hardworking muscles, or a brave heart which led him charging down battlefields, crying the name of his god or King. On the other hand, his scheming fellow men were better at directing and coordinating communal muscles for the strength of the collective. Society, like a body of human organs, was a symbiosis of brain and brawn, each serving different vital functions. One was not superior to the other, naturally. But the brain, being trickier, would be tempted to exploit the unwitting brawn, upon which it depended for survival. Exploitation was born many thousand years before capitalism.

Anyway, that was how non-brainy genes got passed down in quantity.

Then one day, a huge fkng idiot mistaken for a genius had an appalling idea. Greed, grossly excessive greed, he pronounced, should be unchecked, enshrined, institutionalised. The reign of money thus began. Selection pressure shifted, breeding a new strain of politicians. They are good looking and fast talking, amorphous like amoebae. The brain is marginalised, unless it knows how to entertain popular inanity. Intelligence without a market is useless, therefore unfit for survival.

The role of the stupid has also changed. Muscular genes have been made redundant by technology. A few brave hearts are retained for the military, charging down oily killing fields, shouting new slogans. The rest are mostly turned into fat. They wallow in giant sofas, mouth stuffed with chips, eyes on TV, thoughtlessly wailing adopted opinions. Their new social function is to borrow, consume, and vote. They are the backbone of democracy, organic lubricants of the economic engine.

Well, as a matter of fact, there have been some psychological evidence that people can find stupidity attractive, because they don't want partners that are too much smarter than them (for obvious reasons). I guess such a tendency probably have contributed to idiot genes being preserved.

On the other hand, idiots serve more role than giving their muscles. The thing is, if you know about politics, then you would know that politicians often rely on manipulating fools, and this means that they will still have the motives to keep them alive.

At last, idiots can manipulate too. 'Manipulation' does not have to be intelligent behaviors. For example, psychologists have found that some people tend to whine more when faced with stress. This people, in turn, are likely to receive more social support. In this case, the idiot is still 'manipulating' (well, he/she does somehow make others do the thing he/she want them to do), but all he/she needs are a few primal emotional responses. If you have studied social psychology or zoology, you will know that there are many inborn gestures and facial expressions people use to 'manipulate' each other, but once again, those are hardly conscious or cunning.

I am just thinking that maybe my knowledge can contribute to this discussion a little... I am sorry if you find me annoying or something...

Thanks for the comments! The real reasons are of course much more complex. You have pointed out some possible factors. My objective in this satirical piece is to point out that a healthy "division of labour" seems to have been lost in the modern world.

In fact, 21st century stupidity is even more perplexing. We tend to be quite proud of mass stupidity, linking it to social "advancement" and prosperity. It IS a contemporary bliss.

In addition, a generation of selectively dumb people have taken root. They are definitely not "muscles". They might be technically competent in a very narrow field, with a few college degrees to show, but are at the same time outrageously dumb outside their technical niche, completely devoid of common sense. Perhaps they have been "manufactured" by design? The expected product of the TV generation?

Regarding Mass Stupidity, I guess it has always been this way. Looking back at how communists and religious people stubbornly clung to their ideologies even in face of the overwhelming evidence which suggested that their ideologies don't work...
It is just that we now believe in one thing known as 'Democracy', which, as indicated by political science research, isn't any better than dictatorships when it comes to social equality, peace, etc...

As for the selective dumbness, that's certainly an interesting phenomenon. Perhaps it is simply how our world is supposed to work. After all, as more and more knowledge is being accumulated, people simply can't pay attention to everything and has to ignore (and therefore become dumb in) the domains that not their specialty.

I fully agree, including “perhaps it’s simply how our world is supposed to work . . .” But there’s a significant modern difference: numbers.

Dummies had never been more noisy, pervasive and “powerful” than now. Those who “ignore the domains not in their specialty” like you put it are actually not damaging. In the past, a poor farmer or muscular blacksmith was not usually a dummy. He knew a lot about what he was doing in order to survive. He also knew and readily admitted that he did not know anything about much else. He was also a useful force of change. When things got too bad, when his kids were hungry, he’d get angry and revolt.

On the other hand, those in power normally started out to be remarkable leaders (true, strongmen and dictators in modern terms, but they cared, at least at first, and were competent). Their descendants would eventually turn outrageously stupid and arrogant (Just like us! People in power always do after a while, be it an individual or a bunch of voters). Consequently, their heads would have to be chopped off when the time comes. In this periodically disruptive social pattern (greatly simplified of course), when things were restored to normal, a more sensible “division of labour” would resume, everyone doing his part, until next time.

However, in contemporary mass stupidity, the disruption is a constant background noise that is manipulated and exploited by a new political class, normally through the brainwashing efforts of their “free press”. This political class is represented by opportunistic con artists. They work for grotesquely greedy bosses who are too cunning to be visible. They have found a new and devious way to exploit the masses.

Yesterday’s honest-to-goodness person is now a TV watcher, parroting ideological slogans, taking side on hugely complex issues after having watched a 45-second news clip. They are extremely proud to be opinionated about issues they have no clue about. Collectively, unwittingly, in HUGE numbers, they support the invisible ruling class, in return for the privilege of becoming fat and wasteful consumers.

That could be fine, I suppose, if Homo sapiens can somehow make this blissful state last. But my central question in this post is: can it? I personally believe one has to be rather thick and arrogant to think that it can. Ignoring gravity and mass balance does not seem viable for obvious reasons. There is also a deeper question: are the wasteful masses truly happier than their ancestors on average?

Anyway, this can turn into another essay. If you find this manipulated mass stupidity fascinating (and a bit scary) like I do, you might also find the Quantum Dao (http://guo-du.blogspot.hk/2012/08/quantum-dao.html) or the Cultural Revolution a la Hong Kong Posters (Seven consecutive short posts linked at the end of each) http://guo-du.blogspot.hk/2012/07/hongkong-cultural-revolution-big.html amusing, kind of stupid :-)