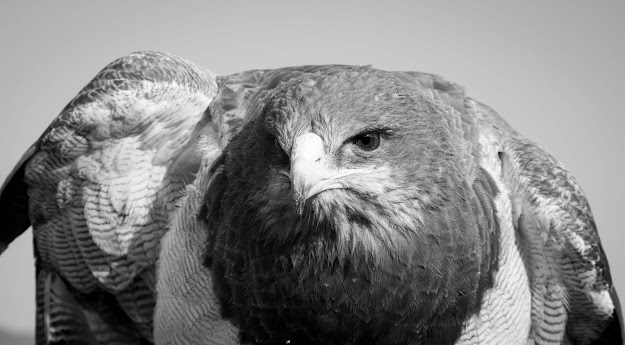 Most of us have been too busy making money to give it much thought. To diehard capitalists, money is everything, something which one can never have too much of. But is it?

Money is a trade medium and value unit. I have a cow; you have a hundred bushels of onion. You want to eat beef, while I need onion for my soup, but we still can’t barter successfully. With money, you can buy my cow. I used a small portion of the proceeds to buy a kilo of onion from you, and save the rest for other things. Unfortunately, some people get stuck in the process, and hang on to the money, the more the better — feeling rich is a great capitalistic feeling.

Once upon a time, shells were used as currency in China (except in coastal areas, I assume). I can imagine some people selling all their cows for a good price, and plan their retirements accordingly. Then came Qin Shi Huang, who invented a national currency. Suddenly, Tycoon Wang with a houseful of shells couldn’t buy a steamed bun with it. Overnight, he was broke.

When people have lost confidence in a currency, hyperinflation results. History has witnessed hyperinflation multiple times in nearly every country — from China to America, Israel to Germany. In the 1940s, my father had to carry baskets of money to the market. Vendors weighed the bills in exchange for vegetables, rather than wasting time counting them filthy notes.

Once confidence in a currency has collapsed, money is just paper — wastepaper.

What is money without economic activities?

Practically nothing. Imagine being a fugitive banker stuck in an island without import and export, and very little production. Your suitcase of dollars is only good for counting and recounting to kill time.

A common misconception is that if a country manages to produce everything in this world, and eventually monopolise the global “free” market, it will eventually make all the money in the world, and be rich beyond imagination. But what could this country do with the money? Mostly just to buy things from itself, using money printed by others. This country would become a global slave with lots of “money”.

A healthy equilibrium is when there is true multi-polar productivity, from everyone's perspective.

How did the greenback become the international reserve currency? Confidence of course. In the beginning, that confidence had a lot do with American innovation, productivity and military power. Anyone who wanted some of the great stuff from America better go make some US dollars. Otherwise, no matter how much Congolese Francs you offered, they won’t sell. Gradually, under the influence of human nature and due devolution, America decided to let others sweat. They focused on printing money instead, and became addicted to it.

But what would happen when the world doesn’t need American dollars for all the good things available elsewhere? Henry Kissinger had a good idea. If all the oil producers accept only American dollars, then demand for the currency can be sustained, as everyone needs oil. The Petrodollar was born. What if some oil producers refuse? Ask Saddam Hussein of Iraq, Gaddafi of Libya, Iran, and Venezuela.

The mind-numbing mechanics by which USD is generated has been well explained by numerous pundits. I wish to focus on a fatuous threat brandished by some really dumb politicians: sequester China’s one trillion plus American bonds. Sure, go ahead.

Let’s first see how China ends up with so much American dollars.

There are two main sources: foreign investment and trade surplus. Foreign investors come to China to build factories, taking with them a bunch of dollars. They must first exchange it to the Chinese currency RMB. Greenback becomes red notes — paper for paper. With RMB in hand, they can now rent land, build factories, hire workers, and start production. Employment is created, invigorating the economy.

China uses the greenback received to buy oil, minerals, advanced equipment, computer chips, soybeans, GM corn etc. — whatever it needs. What’s left is saved in US Treasury Bonds. America of course knows that money without use is as good as garbage, so whatever China wants to buy in America would be re-classified as something with security significance.

After spending as much as possible on purchases and foreign aids, China still has about one trillion stashed away in US Treasury Bonds. It sounds like a huge sum, and it is. But the true value of this money — value which can only be realised through labour and participation — has long been realised inside China, and multiplied manyfold. What’s left is mostly, you know, just money with no immediate purpose.

Furthermore, if the US robbed this phantom wealth from China, will other debt owners just watch and exclaim? And what would happen if China as a result has no option but to refuse USD for trade? Would the Middle East revolt at the same time? In that scenario, we can quite safely assume that the Great American Empire would falter dramatically. American taxpayers spent two trillion on Iraq for reasons only they understand. To bring down the most warlike Empire on Earth for a trillion would be a fantastic deal.

Widespread war waged by an irate Empire is of course a concern. But how many countries can it invade with its kamikaze F35? More importantly, the Euro and Yen, even the Pound Sterling, have been waiting for their rightful share in the currency basket for a long long time, while getting bullied by Big Brother.

According to the Washington Post, which is not always credible, the mysterious financial mechanism in America has produced about six trillion new money to jump start the post Covid-19 economy. Some say it’s only three trillion — only three trillion! Has anyone seen the money?

In modern America, nobody knows where any money goes. I can only venture a wild guess. Money is not the true substance of wealth; only labour and productivity can sustain prosperity. But under the current world order, money, especially American money, can still buy ownership of productivity and resources. Now that the greenback’s days are numbered, its printers are working overtime to produce prodigious amounts of it, to buy up as much as they can.

If that’s true, we’ll see hyperinflation of assets and equities for a while, followed by hyper-devaluation of the USD — the most effective way to default on the Empire’s impossible debts.