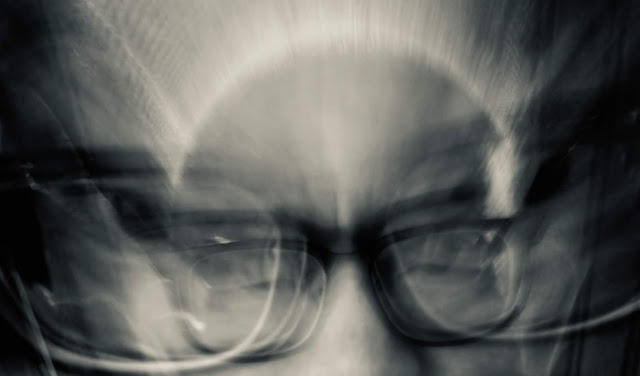 The Hong Kong riots should be viewed differently at the national and local levels. At the national level, I’m sure there’s a strategic plan which takes into consideration geopolitical factors beyond my prattling scope. The bottomline is a hundred percent secured; there’s no suspense.

At local level, I have previously explained why Hong Kong should be left to boil in chaos a little longer (link, in Chinese only) for the time being. Meanwhile, as we sit back to witness homegrown barbarism in horror, why not take a look at who they are, and what has made them.

More people now understand that Hong Kong’s problems come fundamentally from three failed areas — Education, Judiciary, and the Mass Media. Recovering these “occupied territories” will take resolve and patience. Hong Kong Government has no problem with patience, but is not very good at making up its mind.

The problems with education, however, are urgent. Unless they are fixed, there’ll be a continuous supply of angry mobsters.

Some say that young people have gone berserk because they have no hope, because housing is too expensive. It’s partially true. What they have forgotten is why. Since 1997, Hong Kong has been offered numerous opportunities on a plate, and two CE’s have tried to counter the grotesquely greedy property magnates. All these initiatives were rejected and defeated by the exploited themselves, manipulated by the exploiters, to bring down those who tried to help. Talking about stupidity (link to Stupidity). Fortunately, useful young people still have plenty of exciting opportunities if they would step back and open their minds. But that’s for another post, another day.

Moreover, I’ve never met a twenty-year-old whose priority worry is housing affordability. Property prices, though extremely unreasonable, sounds to me an excuse contrived by older folks. Young people need a sense of belonging and purpose, not mortgage. It’s human nature. We haven’t evolved beyond such social instincts. They are exactly what the post-1997 education reform targeted.

It’s hard to believe the abolishment of Chinese history — an uprooting surgery, the vehement opposition to National Education, and the introduction of so-called general knowledge, were genuine mistakes. They seem precisely calculated. A generation of semi-illiterate, rootless, youths has been hatched. Devoid of any sense of belonging, they resent society and loathe their own country based on demonising fictions, and are furious with something they cannot identify, or articulate. They’re in general not very articulate. They just hate.

They’re ripe for action. Ignorance and frustrations are at ignitible level. Professional colour revolutionaries arrive with a match.

Unless the education system is promptly repaired with resolve, the steady flow of angry, rootless, frustrated, and delusional young people will continue.

Besides the detonating skills of external specialists, funded by black money from corrupt officials hiding in Hong Kong, internal cheerers have catalysed the youngsters’ suicidal explosion, giving them the perception of legitimacy and mission, something they crave, but have never had. Among the cheerers is a sizeable group of “middle-aged dross” (MADs) who have been largely overlooked amidst the din. In any case, they are not very visible by nature.

Hong Kong MADs are bitter urban failures. Unlike normal folks who labour for a living and to raise a family, they are teeny petit bourgeois with little or no survival pressure. Their sociopathic bitterness stems from a disappointing life, a blank and colourless existence slipping away at zombie pace, as retirement approaches. To exacerbate their feelings of insignificance and futility, many are childless, or never married. They have achieved nothing, with nothing to lose. To them, the future of society is a cynical mockery.

They belittle mainland “bumpkins” to fabricate a superiority complex, turning themselves into peculiar self-hate racists. But with astonishing speed, the “bumpkins” have become richer, more confident, better travelled, even taller, cooler, and better dressed. Finally, they’ve lost it, and wish the world around them, especially China and Hong Kong, to collapse with them. They would be loyal fans of Gordon Cheng if they could read in English.

But MADs, though bloated with distended spleens, don’t have primal vigour. They may hide in peaceful protests to give it numbers, or forward riot propaganda in social media. But they don’t have the power, influence, imagination, or guts to do much else. They keep a safe distance from riots, and dare not wear a black tee-shirt in public. Their only role in the upheaval is cheering angry youths onto the bonfire of self-destruction. For once, they feel  potent. They’re causing damage, albeit indirectly, sneakily.

Identification of ailment is the first step to treatment. Under present circumstances, pseudo-neoliberal calls for unity and forgiving hugs are unrealistic and ridiculous as usual. Most of Hong Kong is still basically normal. A minority of sociopaths should be identified, isolated, and treated like cancer cells, before they metastasise.

Youngsters, even those who have slipped off the tangent, should not be totally written off. Some mobsters can still be realigned with society, and become useful persons one day. But treatment must be firm and effective. Wishful thinking and hesitation are the worst enemies of therapy.

MADs, on the other hand, have little salvage value. Without the imagination and raw energy of the youngsters, they’d stall, and whimper back into non-existence. Meanwhile, they should be identified by the community. In the long run, the lonely urban culture which has created them is perhaps a social issue deserving humanitarian attention.