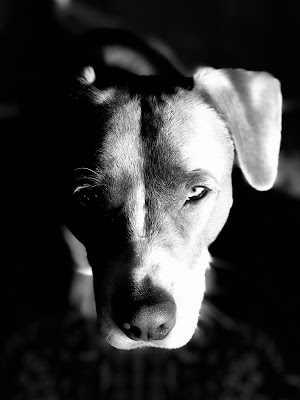 Being too dull to recognise and connect with reality is forgivable, even pitiable. But self-imposed blindness is more difficult to understand.

In Hong Kong, a dwindling bunch of armchair activists, not necessarily classical dummies according to credentials, appear mulishly blind to facts and reality. Doggedly they chant “freedom and democracy”, imagine totalitarian regimes in the wrong places, and fantasise themselves revolutionaries without a cause. If not so tiresome, they could be rather amusing.

Hong Kong’s actively inconsequential “rebels” don’t seem to realise that the world has moved on well beyond their political infatuations. A global awakening is happening beyond their closed lids. The hackneyed pretexts of freedom, democracy and human rights have lost potency to all but the densest. Even genuine liberal democracies are becoming painfully aware of the failings of populism and short-term governance, and are soul-searching for solutions. But in spite of their relative proximity to the real world, revolutionaries with Hong Kong characteristics seem hopelessly addicted to the Democracy Empire’s dated spell. Short of a conspiracy theory suggesting material motivations, or a medical diagnosis of persecutory delusion, their frothing zeal can only be compared to religious fanaticism.


With dubious “auto-racism” and blatant double standards, they see ghosts wherever there’s a Chinese shadow. Anything China — good, bad, great, lousy — has a negative twist which only they could have contrived. Perennially, they predict China’s imminent collapse with voodoo vehemence rather than sober analysis. They are impervious to facts and data. Hey, the world is flat, says the Bible, period. Contrarian information is heresy, communist propaganda, and lies, fit only for auto-de-fé and eternal condemnation.

Just as religious fanatics hallucinate Satan roasting homey folks and beautiful children skewered with an axis of evil, democracy cultists see a brutally repressive China when they roll their eyes back into their brain, and shudder with delirium tremens.

Once upon a time, I still bothered to “debate” them, naively thinking that the truth and reality could change biased views. I’ve learned from experience that such discourses can be more surreal than discussions of biblical events with believers.

On China’s generally unidentified “human rights abuses”, over one hundred twenty million Chinese tour the world annually to shop until they drop, then return home voluntarily, supposedly to have their human rights stripped at immigration. “Does that make sense?” I ask.

Brainwashed people can’t think for themselves.

What about poverty eradication? Hundreds of millions in China have been lifted from abject poverty by UN standards. One can visit the most impoverished regions in China for first-hand observations. Have you done that?

Well, it’s achieved by authoritarian means, instead of allowing the market to take care of poverty through healthy economic prosperity. I have no reason to visit places ruled by despicable regimes.

“What?” I often say “what” when I don’t believe my ears. A terrible giveaway habit. “I suppose it’s broken some sacred jungle rules too, then.”

Plus what’s the point of having a full stomach without dignity and liberty? The US has raised many human rights concerns about China.

“Oh, the US of A, developer of Guantanamo Bay, perpetual guardian of innocent brown persons without trial (innocent at least according to Western legal standards), bombers of millions, right?”

“What about the people’s wishes? The PEW Research Centre’s annual surveys show that about 80% of Chinese nationals support the Communist Party. It’s one of the highest approval ratings in the world.”

The Chinese are afraid to speak against the government even when nobody is listening, or brainwashed, or both, obviously. Plus 20% means nearly 300 million suppressed citizens. No other nation in the world has created more unhappy citizens than this regime.

Whatever the cause of their blindness, Hong Kong’s democracy cultists have sunk below average intelligence and become increasingly irrelevant. They are no more than a social nuisance on auto-chant, with neither purpose nor meaningful popular support. Nonetheless, they remain a curious phenomenon which deserves passing academic interest.

What do they want out of their public display of reality denial, I wonder. Facebook Likes? Something to do after long uneventful days at an office cubicle? Blowing off existential stress from living in Hong Kong? After all, being “dissenters” in a country that won’t bother to swat them like buzzing flies provides a safe march from zero to self-styled hero. And perhaps laughable irrelevance, fictionalised in narcissistic reminiscence, kind of adds artificial colour to an otherwise pallid existence?