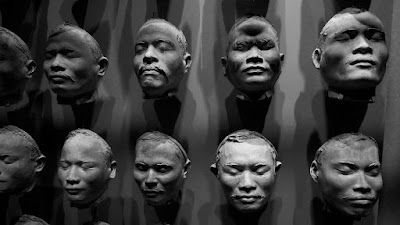 Don’t learn from history — it’s full of lies. Some say that’s to be expected, as history is written by the victors. But why must victors lie? Do they not realise that falsifying history will certainly backfire?

Chinese obsession with history stems not only from academic interests or a peculiar fascination with dead people, but a firm belief in the benefits of experience. The post of Official Historian,  already established in the Xia Dynasty nearly four thousand years ago, continued in various forms until the end of Qing Dynasty in the beginning of the 20th century. Official Historians were officially extremely independent, therefore a high risk job. They followed the Emperors around, making notes which the Sons of Heaven were not allowed to read by ancestral decree and tradition (that changed after Tang Dynasty). A Historian’s record could impact the Emperor’s Posthumous Titles — marking His Majesty as a jerk or fool for posterity. Expectedly, some overzealous Historians got their heads removed. These murderous episodes were duly recorded by his successors.

Historians in ancient time were unimaginably stubborn. The renowned Sima Qian of Han Dynasty endured castration to finish The Records of the Grand Historian, an epic achievement still widely studied today, more than two millennia later. To minimise bias and decapitation, official history was usually compiled from archives and records long after a change of dynasty. By then, as China’s struggles were mostly internal, the boundary between victors and losers had been obscured by time. Recent history — itself an oxymoron — is unreliable anywhere, like autobiographies of politicians.


Colonial powers of more recent times faced a different problem when it comes to record keeping. They often had to dilute or whitewash the barbaric reality of overseas conquests, lest their reputation back home be tarnished. Thanks to long-distance voyages which made verification practically impossible, slave traders, genocidal psychopaths, and drug lords became patriotic and pious heroes who brought God and civilisation, perhaps even a sewer pipe or two, to benighted savages. The American Empire inherited this tradition, and developed the art of fact editing to daunting new heights. With its Hollywood DNA and a fully compliant Free Press, the modern Empire is attempting to prefab fictional frameworks for future historians through fake news, false events, and incessant demonisation of enemies and perceived rivals. Evidently, being an optimistic nation, America assumes itself to be the writer of tomorrow’s world history.

Sadly, a country with very little history doesn’t realise that historical lies will mislead and haunt their own children in the fullness of time, denying them valuable lessons from the past. A merchant who makes false accounts year after year will soon have no choice but to continue, until the delusive entries become too unwieldy to reconcile, until he loses sight of his business and the way forward. A society which learns from experience is more likely to gain insight and coherence, even a bit of wisdom. Unforced errors could be minimised if history provides honest guidance and warnings. Perhaps the future is “politically unaffordable” to the Empire’s elected leaders? After all, in a ballot-box democracy, “long-term visions” are limited to only a few short years.

An unparalleled talent of the Empire is demonisation of adversaries. To be fair, wartime demonisation of enemies is practised by everyone; but malicious propaganda during peacetime boggle the mind. Why such unprovoked and pointless belligerence, one wonders. Maybe the overwrought Empire imagines itself constantly at war with everyone who refuses to submit and obey? Maybe it’s a historical habit from the glorious old days? Most enemies and subjugation victims of colonial powers were aliens, “odd and inferior”. They made excellent caricature targets for victors high on superiority complex. But amusing jibes at the victims’ expense soon became a social cancer — racism. Insulting gestures (“just a joke” to victors who hate being derided or criticised by outsiders) are a venomous thorn on the path to reconciliation and integration. For no apparent purpose other than a bit of brutish fun, seeds of animosity and social tension are sown and resown, poisoning future generations.

Ironically, the Empire’s incessant demonising campaigns create a self-imposed handicap. Having artfully and endlessly portrayed rivals as “stupid, evil, backward, filthy, corrupt, brutal…” morons makes it impossible to wholeheartedly learn anything from them. The wider the Empire’s smearing arc, the tighter it binds itself with an undersized ideological straightjacket. Meanwhile, more open-minded rivals learn selectively from the Empire which sings freedom and openness. The world moves on. Funny isn’t it?

A grossly over-glorified self-image eventually collapses under the aggregated weight of historical lies, causing disillusionment and alienation, especially among those who can see and think. Standing deceptively tall on a spurious moral summit may seem cool for a selfie, but the reality gap will widen to an unbridgeable chasm, swallowing those who don’t care to learn from history.